A physics graduate of Cambridge University, Christopher Goldsack studied voice with Rudolf Piernay at the Guildhall School of Music and Drama and then at the Lyon Opera Studio. Awards included first prize at the Toulouse International Singing Competition and the Grand Prix Paul Derennes at the Concours de Paris, and prizes for French song on several occasions at the Concours Triptyque in Paris. 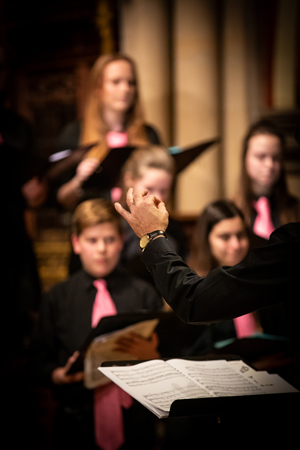 Directing the Promenade Youth Choir at a recent concert.

After an extensive performing career he concentrates on teaching. He is a singing teacher at Epsom College, and directs several choirs – he founded the Promenade Youth and Junior Choirs in 2008 to bring his experience to children within his community and have a growing reputation for excellence, performing repertoire ranging from Handel’s Messiah and Rutter’s Feel the Spirit to choral arrangements of musicals and pop ballads. More recently he has started working with adult choirs - running choral workshops and starting a project choir. He was acting Head of Voice at the London College of Music and has given many classes on French song at the Guildhall School of Music and the Royal Academy of Music, and teaches at Junior Trinity. He has also been on the jury for the several international singing competitions and enjoys creating high quality resources for singing students and teachers.

Christopher had a very extensive experience as a performer of opera. As a student at the Guildhall opera school he sang the roles of Don Alvaro in Rossini's Il viaggio a Riems, Figaro in Le nozze di Figaro, Count Valerio in Thea Musgrave's The Voice of Ariadne and Count Asdrubale in Rossini's La pietra del paragone.

In Lyon, speaking fluent French, he was readily incorporated into several of Lyon Opéra's productions, including Dialogues des Camelites, Salome in which he recorded the Slave for Virgin Classics, and Ravel's L'Enfant et les Sortilèges singing the Grandfather Clock and Cat in extensive tours of France, South America, Germany and Belgium in a production which was then filmed for video release - a film which won the Fipa d'Or award for best classical music film at the Cannes Film Festival.

He covered the role of Pelléas for English National Opera, a role he also covered for the Glyndebourne Festival. Other roles have included Eisenstein in Die Fledermaus and Dr. Malatesta in Don Pasquale for Welsh National Opera and Masino in Haydn's La vera costanza for Garsington Opera.

He also sang Aeneas in Purcell's Dido and Aeneas, Escamillo in Carmen for Singapore Lyric Theatre, L'Enfant et les Sortilèges for the French National Theatre in Tarbes and Bordeaux, Marcello in La Bohème for Crystal Clear Opera and Figaro in Il Barbiere di Siviglia for Opera Interludes. For Opera Brava he sang the Count in The Marriage of Figaro in the Queen Elizabeth Hall and Marcello and for European Chamber Opera his roles included Dandini in La Cenerentola and Dr. Malatesta in the Holland Park Festival, Dr. Falke in Die Fledermaus and also Marcello. He also sang Dandini for Dublin Grand Opera. He covered principal roles at Scottish Opera and Opera North, going on twice as Henri in Chabrier's The Relucant King, and for the Royal Opera House he covered in Ghoer's Arianna and Ned Keene in Peter Grimes. He participated in many world premieres including Missa e combattimento by Monteverdi/Judith Weir in Antwerp, a work in which he made his debut with the Théâtre de la Monnaie in Brussels.

A committed and experienced recital singer, Christopher has a special affinity for French song. In Lyon he appeared with the orchestra of the Opéra singing Poulenc's cantata Le bal masqué. Recital venues have included Verona, Lyon, Paris, Perpignan, and in the UK, Cambridge, Newcastle and Warwick. He has performed widely with mezzo-soprano Janet Shell, with whom he toured major venues throughout South America. In London they have sung at Saint Martin in the Fields and the Speaker's Hall in the Houses of Parliament. They were the first singers to sing live on Classic FM. He has also recorded a recital of French songs for BBC Radio 3 and another of South American songs. 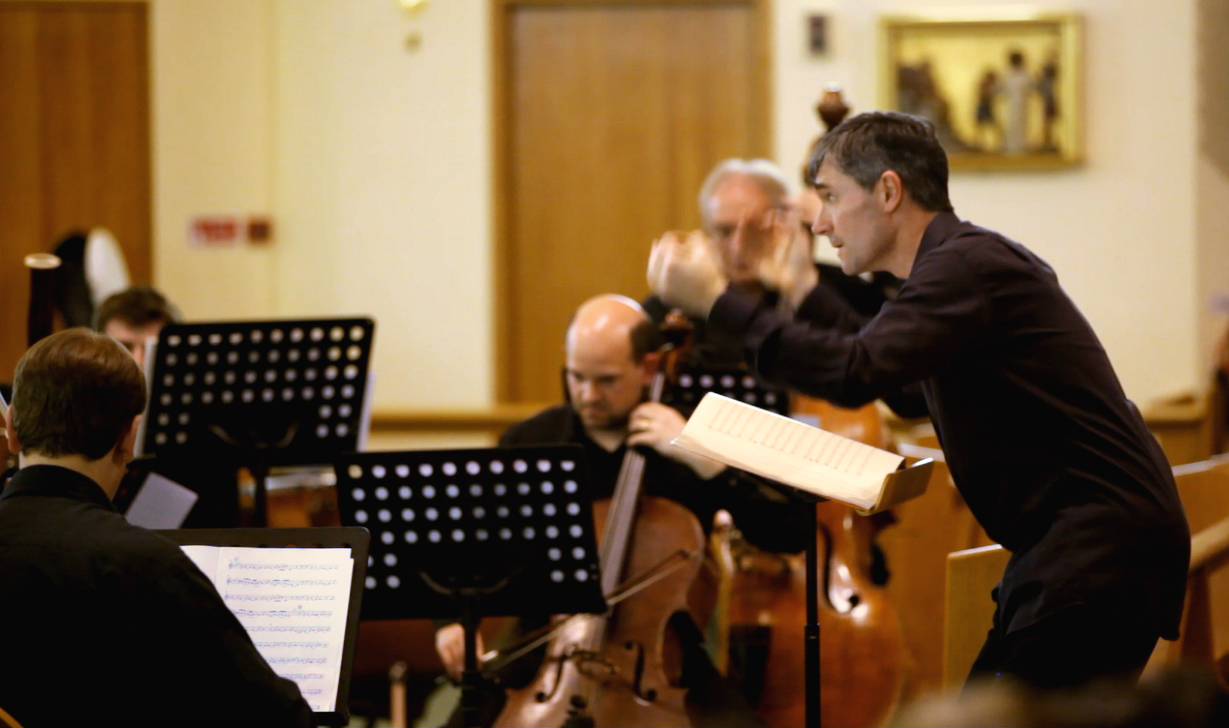 Toulouse International Singing Competition
He seduced the audience with an intentionally intimate programme which he interpreted with a rare subtlety and musicianship. Lyon Figaro

Verona recital
The English baritone Christopher Goldsack showed himself to be a remarkable interpreter... He is blessed with great flexibility, a studied diction, an uninhibited multilingual pronunciation and stylistic insight. L'Arena di Verona

Montevideo recital, Uruguay
The baritone Christopher Goldsack... has an absolutely delightful spinning tone and sings with a refined technique and an unparalleled musicianship, treating both music and words with equal care. El Païs

Carmen, Singapore
The most glamorous tones in this production belonged to Christopher Goldsack's Escamillo.  His youthful, dashing, handsome and high baritone was a breath of fresh air to those more used to seeing a much older bass-baritone singer in the role. The Straits Times

The Voice of Ariadne, Guildhall
Christopher Goldsack's saturnine looks and worried expression were just right for Count Marco; his well-produced baritone was also ideal for the role. Daily Telegraph